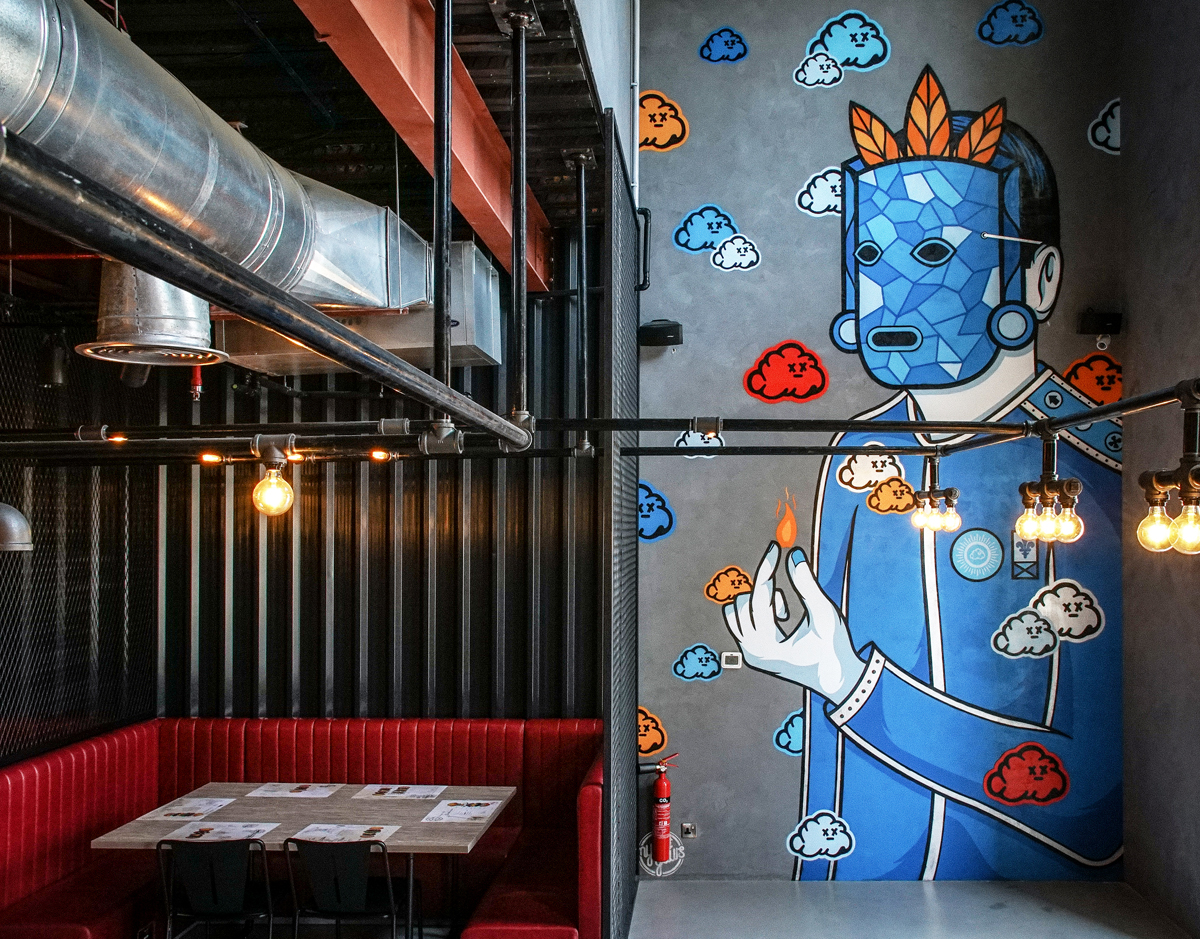 My friends over at Blaze and Shepherd’s studio over in Bahrain invited me to work up something for the walls of their new restaurant in Dubai. The concept plays on a before and after scenario.

AS COLD AS ICE

The first wall depicts a missionary on a search. He’s cold, in pieces, but focused on the flame which is just out of reach but in plain sight.

The second wall shows him arrogantly satisfied. He’s had his fill and the flame is now within. Tibetans traditionally great each other by sticking out their tongues. There’s a Buddhist touch here. Here’s his animalistic wacky hello, while he’s at peace.

Thanks to Ahmad, the guys at Shepherd’s studio and to Abdullah at Blaze for the hospitality.