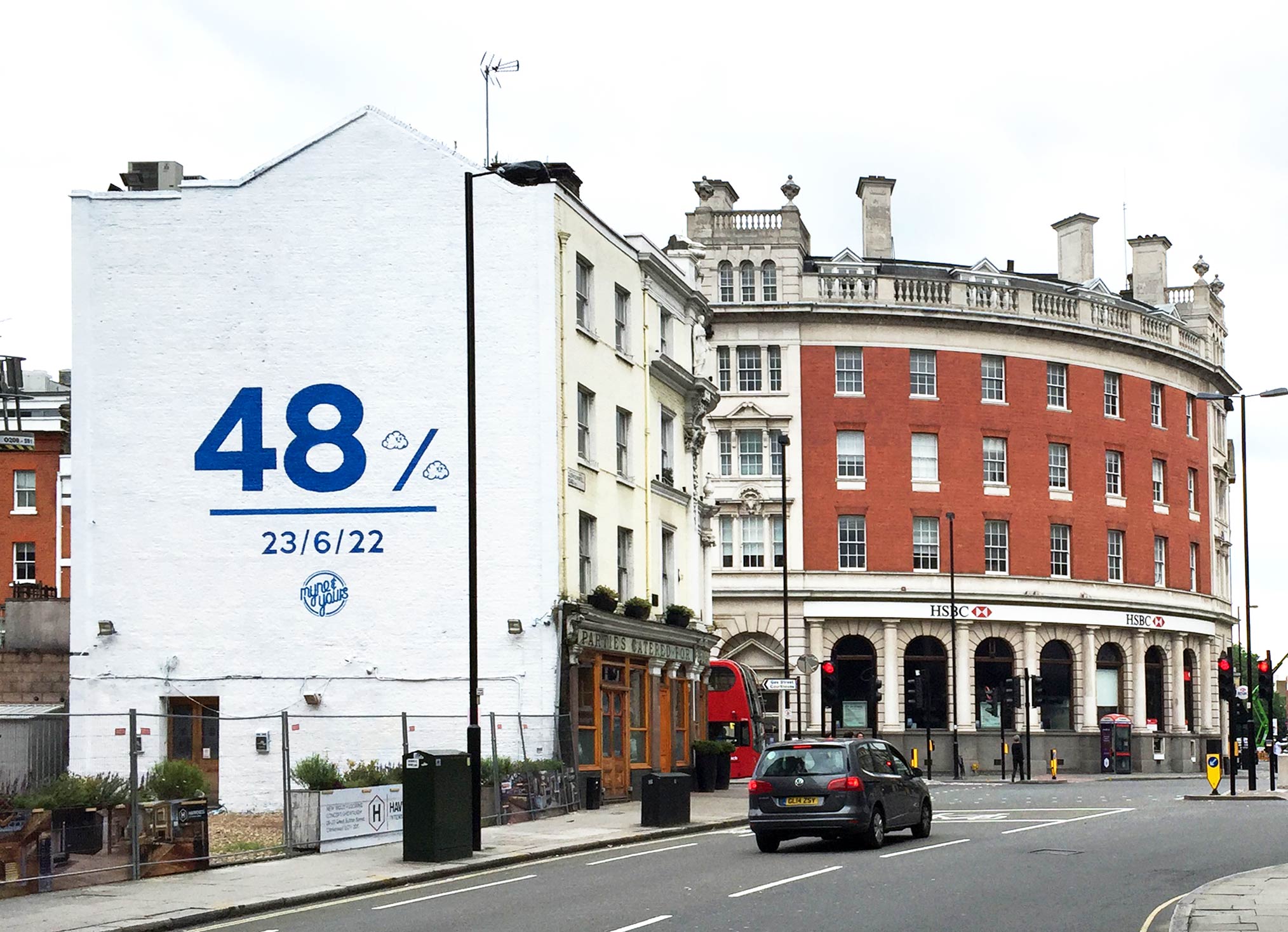 I was invited to paint a wall on Goswell Road in East London. A rare opportunity and one that fizzled out into nothing. I’ll spare you the details of why, but a new opportunity presented itself around the corner on Clerkenwell Road.

The mess of the EU referendum had happened the day after I arrived and emotions ran high in London. The timing was impeccable and we (Lee who runs Global Street Art and I) decided that an opportunity stood before us to spark conversation. We had a wall and something to say. Political speaking we wanted to highlight what we considered to be an uninformed decision. Lee had figured out based on voting demographics a theoretical date where if a new referendum was held, the voting preferences of the youth would outweigh that of the higher age brackets to which the vote was swayed – 23/06/22.

We came back the next night to repaint the wall in the hope of continuing the dialogue, this time with a sarcastically positive message. While wishing happiness is sincere, the corrupt behaviour of politicians have led many of the voters to regret their decision.

The youth will suffer. The real safeguard of democracy is education. This time round no safeguards were in place.