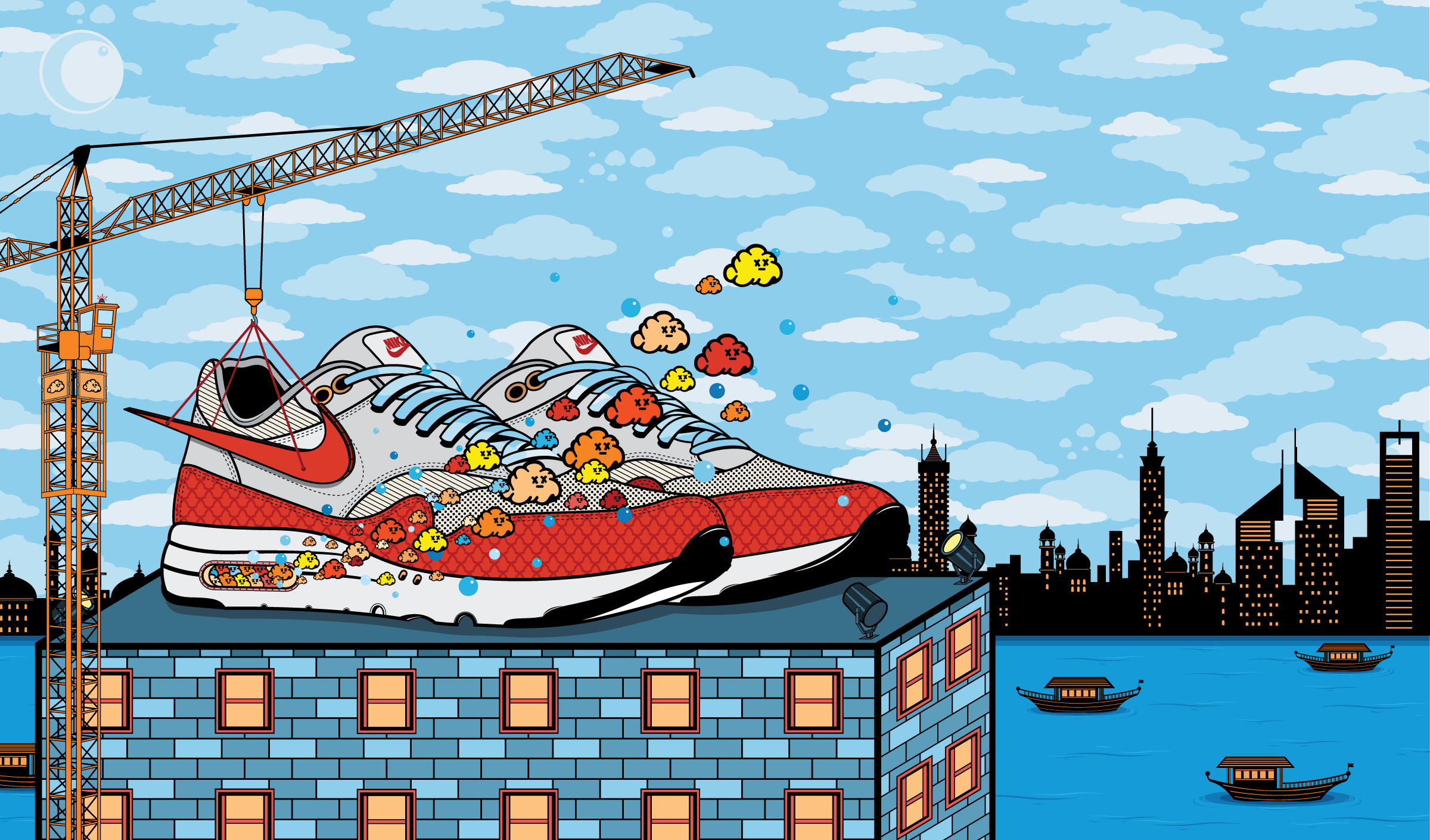 Nike were pioneers in the design of the air bubble referenced throughout the artwork. The idea first proposed by Frank Rudy, and developed by architect Tinker Hatfield soon became known as the window to the sole.

The cloud synonymous with my work persuades the viewer to question their environment. The  design illustrates clouds emerging from the window to the sole, flying to places others could have only dreamed of. Throughout the artwork we are reminded of Rudy and Hatfield’s desire to think big.

28 years since the original Air Max and Nike remain at the top of their game, shown by a pair of Air Max’s sitting at the top of a building. Nike’s constant innovation is referenced by a crane placing the swoosh onto the shoe. The bubble alongside the revolutionary layering of the shoe known as the tailwind is further referenced on the side of the box.

Nike’s approach to their shoes as a fashion icon is evident throughout the design as we see pop’s of red and neon yellow colour accents which have been influential in Nike’s presence in the fashion market.

And now we celebrate 28 years. We can clearly see the heritage of the Air Max and its relevance in the market today. And to mirror this significance we also see the heritage of Dubai in the artwork shown through the old dhows, and the traditional architecture of the old forts and mosques, complemented by Dubai’s ever expanding architectural skyline.

There’s no denying the Air Max’s place in history.