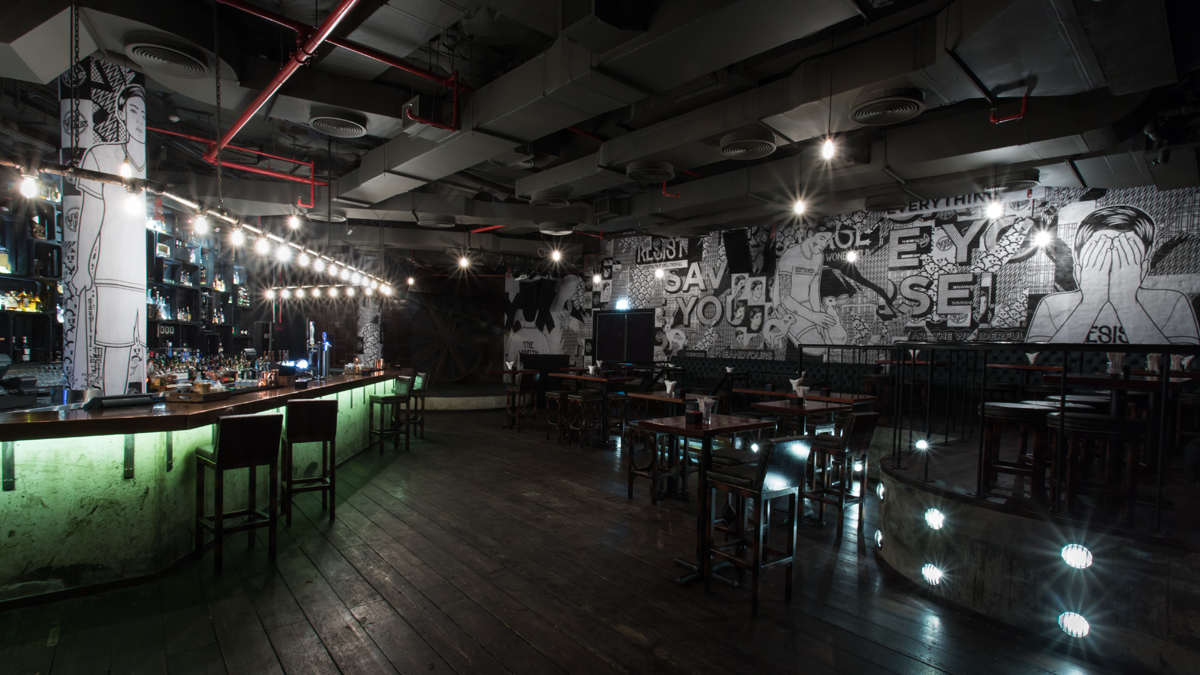 THE SUM TOTAL OF ME

My friends over at Stereo Arcade in the Hilton hotel on JBR in Dubai, asked for a complete makeover of their interior. They painted the walls black and gave me the keys for the week.

The sum total of me tells the story of a kid lost in his own head. He’s desperate to connect with the living, and to feel alive, whatever that means. Ironically the rabbits he attempts to connect with are in the same situation. Maybe he’s not lost in his own head but in the world around him. Maybe it’s better to just cover his eyes and remain in the darkness. He doesn’t quite fit in, but he’s not alone, he just doesn’t know it. While he searches for his kind, his rage takes hold of him. He’ll look down on you until there’s nothing left to look down on.

Thanks to Samer for the opportunity and freedom.