There’s an angle to everything 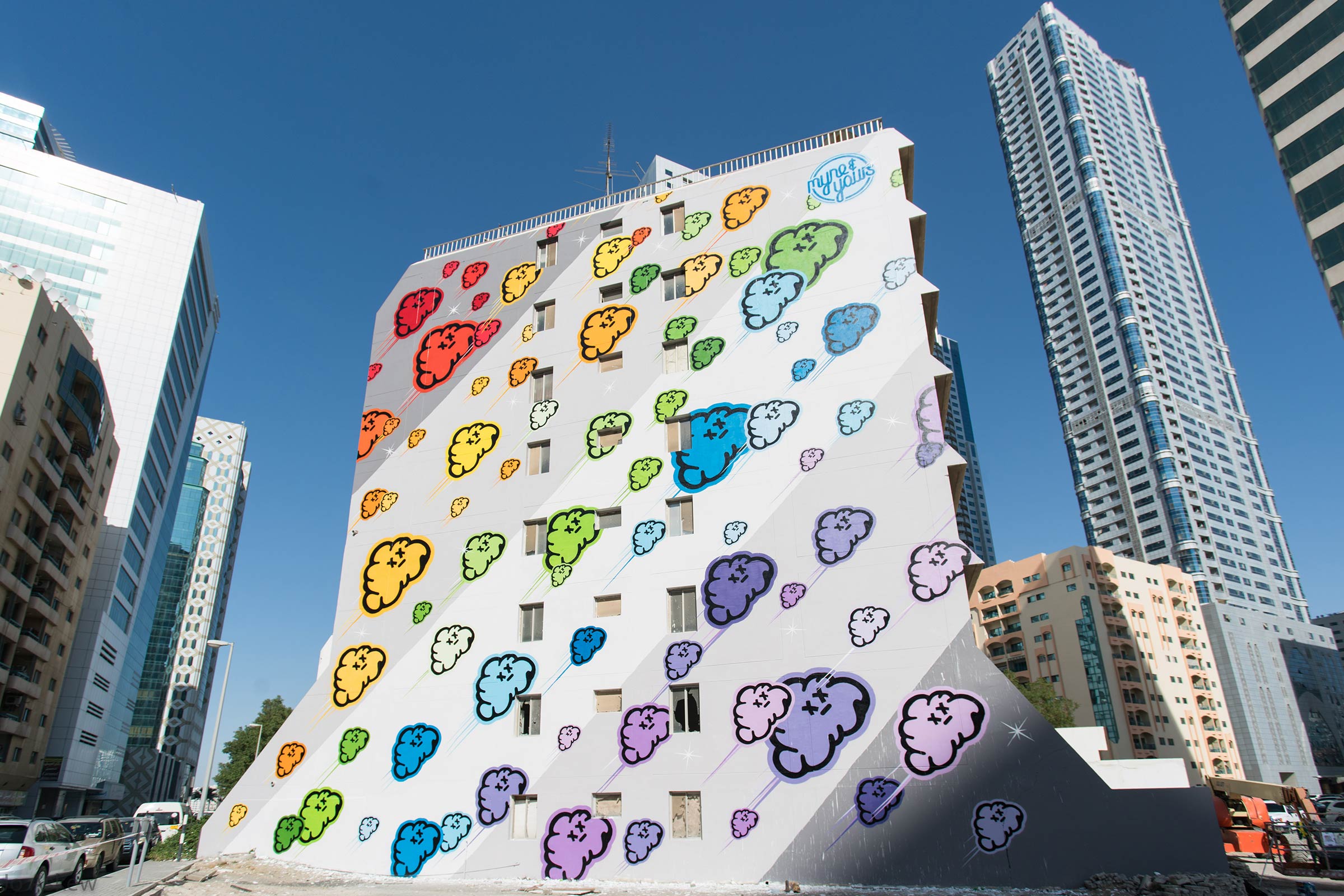 Sharjah, one of seven of the Emirates is probably the last place you would expect to find a mural, making it the most important place to paint one. Sitting on the outskirts of Dubai, Sharjah is conservative in nature yet progressive in the arts. Maraya, one of several art institutions in Sharjah are pivotal in developing organic projects in the city for the public and invited me to work on my most ambitious project to date.

Standing twenty five metres high, eight stories up and twenty metres wide, the building is iconic in Sharjah’s landscape. Derelict for years, its insides scattered with the remains of the past call out for attention but has largely been ignored.

The work titled There’s an angle to everything injects a rainbow of colour into the community, hoping to persuade the viewer to look up. Located at a busy intersection on Al Khan road by Safeer market, opposite Al Qasba, locals gathered as we painted confused and intrigued; some asking whether the building will be turned into a new hospital, or school. The idea that something was being created purely for its aesthetic value was lost on them.

There is a sense of duty that comes with being an outsider with opportunity. If we can show others a side of something they were previously unaware of then this is a service to the community which deserves attention. Adverts push you into an idea to create supposed comfort, and reward the system with profit at the expense of suppressing thought.  Public art does the opposite and persuades the viewer to expand thought, and develop curiosity. Curiosity and free thought allow the viewer to determine their own path.

Thanks to the man Dave all the way from Australia, Wael, our new friend Abdul, Giuseppe and all those who stopped by for creating and being part of something special. 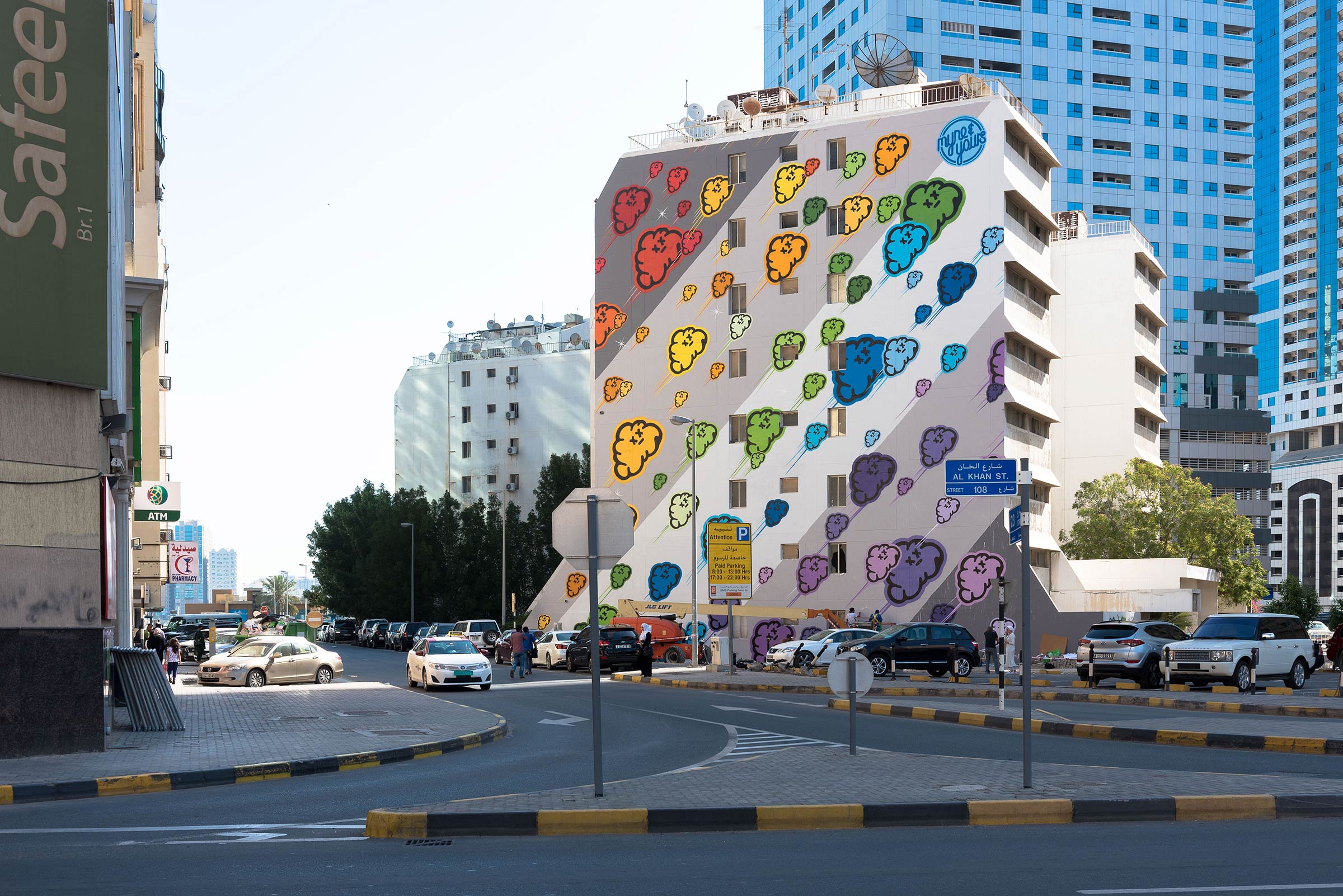 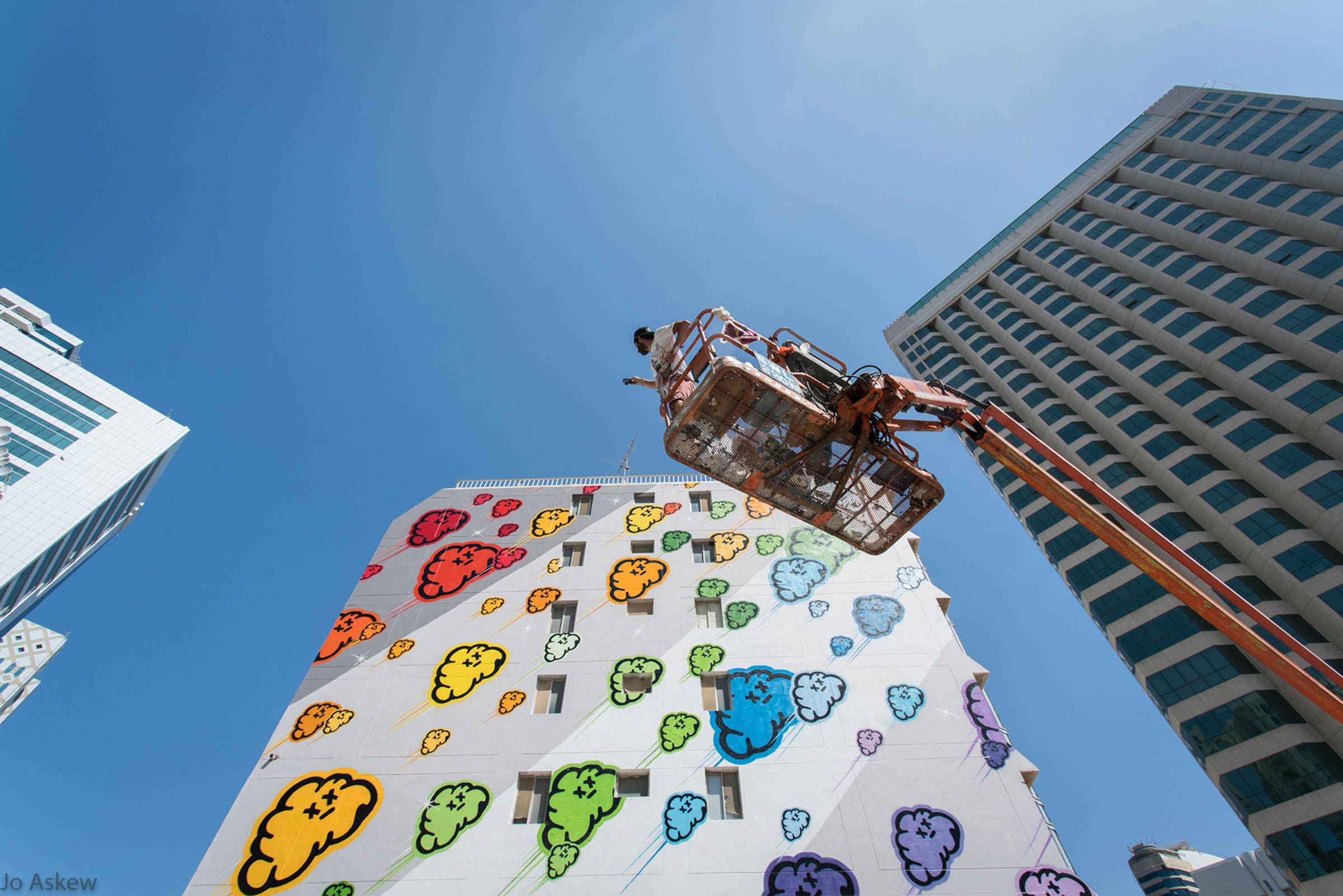 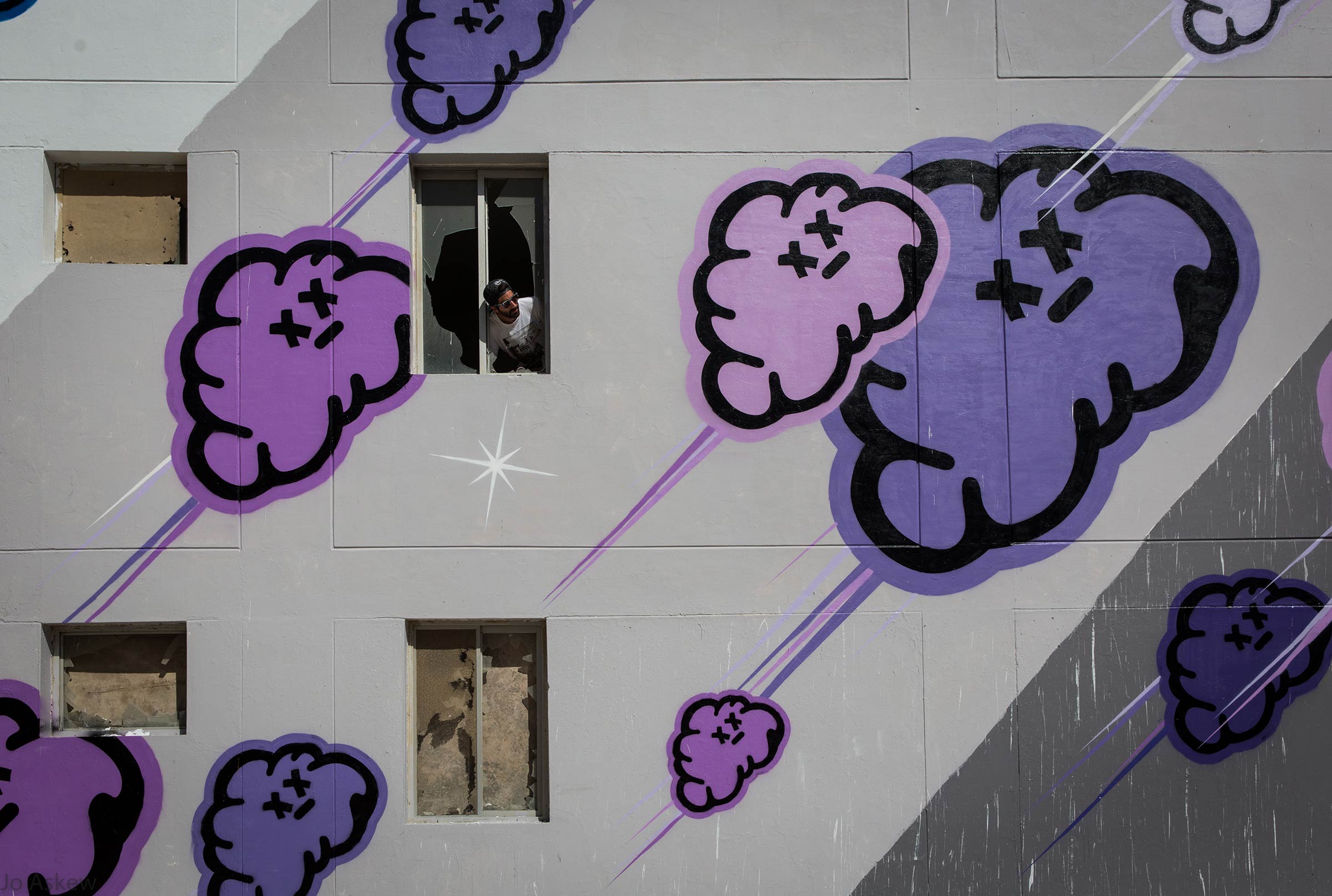 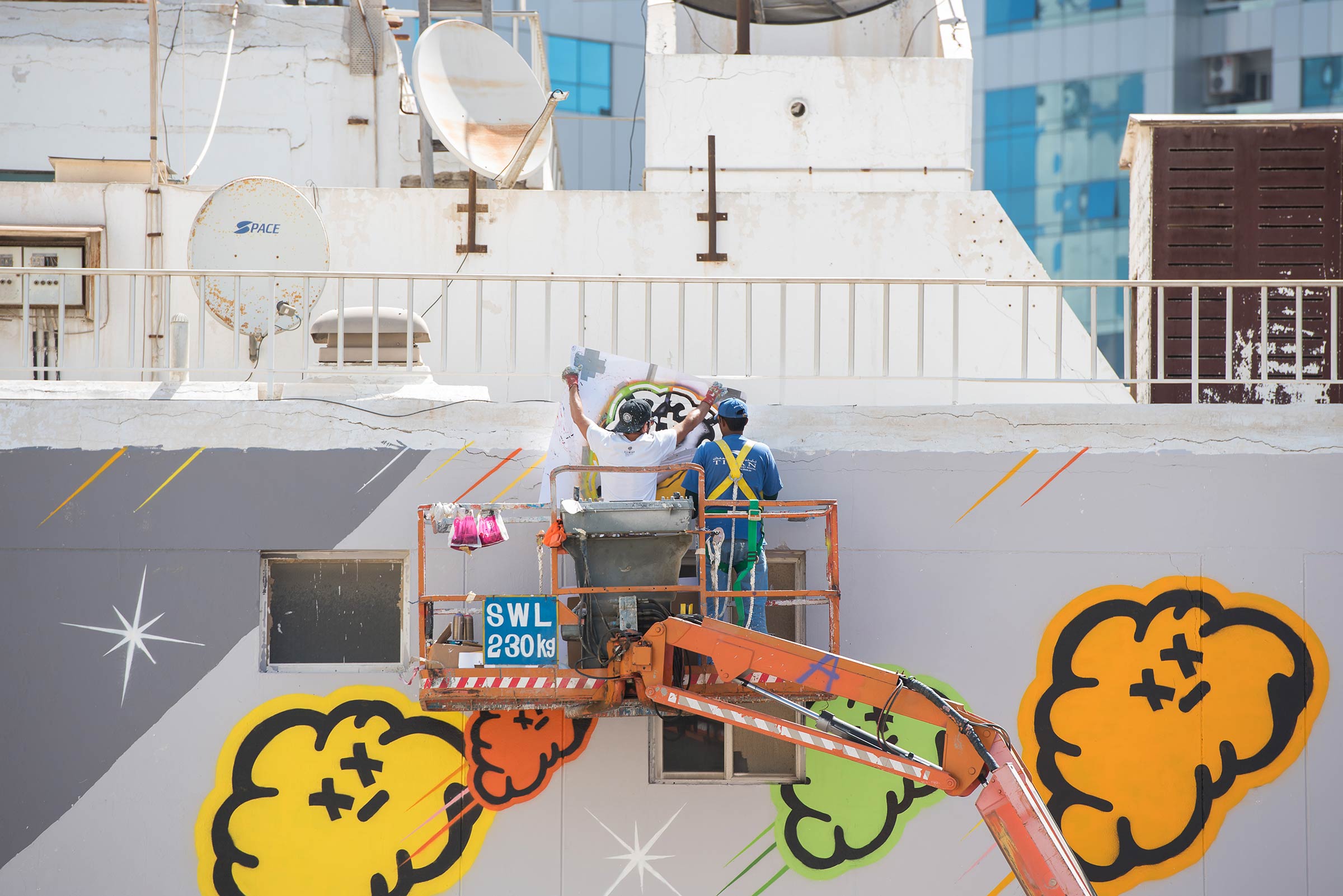 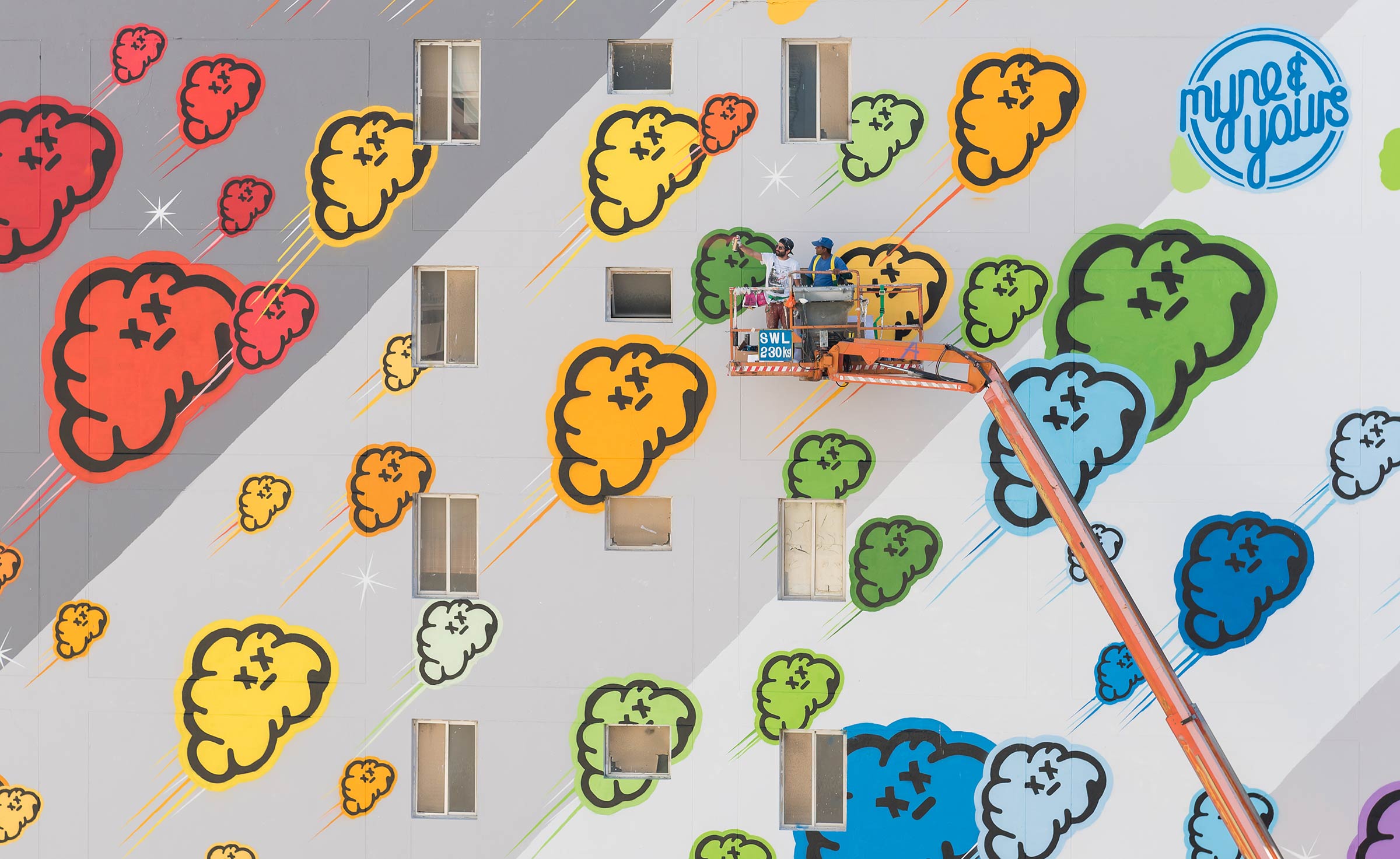 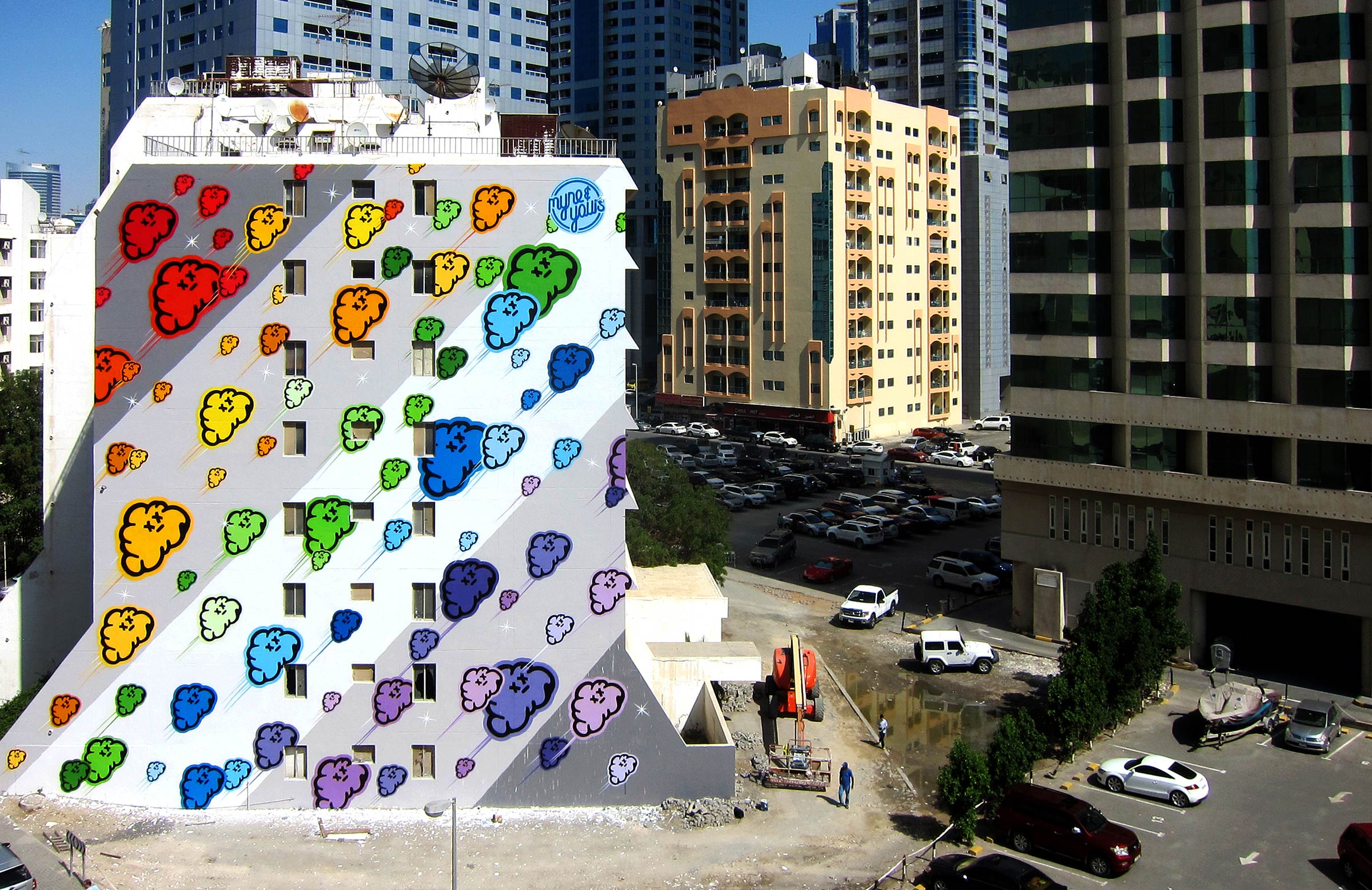